The Fiat Dino would be the first and only Fiat ever fitted with a Ferrari-designed engine from the factory. The car was developed to homologate the Ferrari V6 for use in Formula 2 racing – the Fiat Dino was powered by the same engine as the Ferrari Dino.

The V6 isn’t an engine that many people associate with classic Ferraris, the company was almost far more famous for their beautifully balanced V12s and the occasional fire-breathing V8. 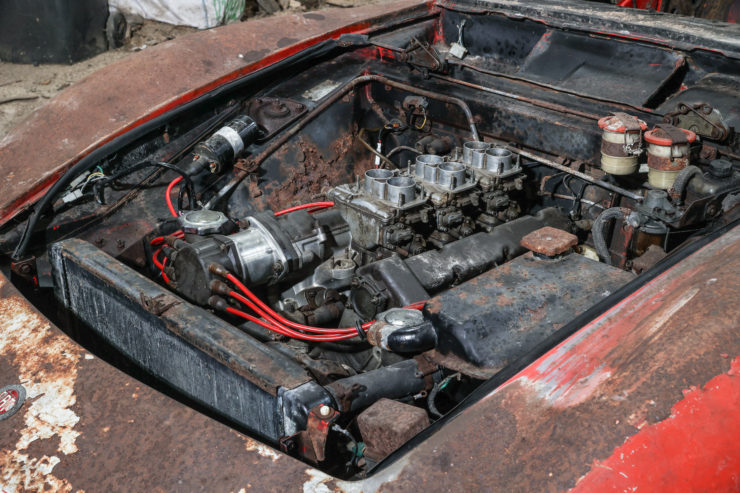 This is the Ferrari-designed 2.0 liter V6, it has a 65º V-angle, an aluminum-alloy block and heads, and double overhead cams per bank.

The company’s first V6 was developed in 1956, the concept was credited to Enzo Ferrari’s son Alfredo “Dino” Ferrari – a talented Italian automotive engineer in his own right. The engine was taken from concept to functional power unit by Alfredo Ferrari and Aurelio Lampredi, and it would be used to power the company’s Formula 2 race cars.

Tragically, Alfredo Ferrari would die at just 24 years old. He was struck down by Duchenne muscular dystrophy but he was so dedicated to his engine design that he was working out the technical details of the V6 with Ferrari engineers while he lay dying in hospital.

Alfredo would die shortly before the engine was completed, and it would be named “Dino” in his honor by his grief-stricken father Enzo Ferrari.

The Fiat Dino Spider is one of those cars that exists solely because of a homologation requirement, Enzo Ferrari needed to sell 500 cars containing a version of his new Formula 2 V6 engine, and he simply didn’t have the production ability for it. 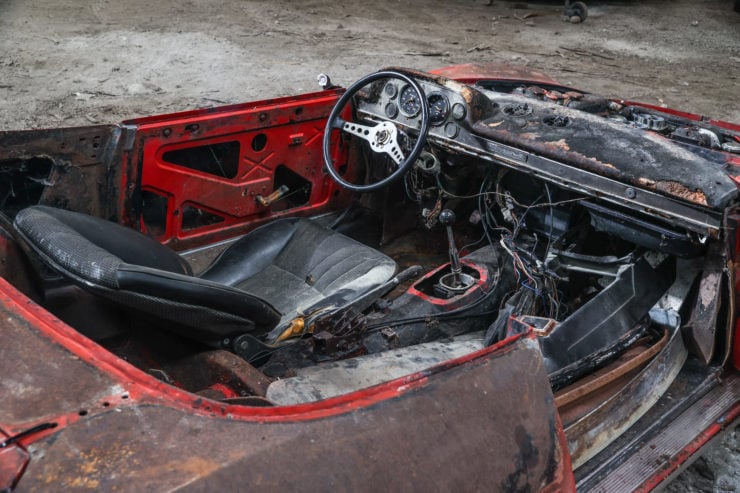 It’s clear that this car needs a nut and bolt rebuild. The good news is that it’s believed the steel bodywork has never been welded, and it has the correct matching-numbers drivetrain still in place.

A deal was struck with Fiat in which they could produce both convertible and coupe versions of a new range-topping sports car with the new engine, Ferrari could build their own Dino sports car with it, and together they would easily surpass the required number of units to go racing in F2.

This new V6 engine wasn’t directly related to the mid-1950s V6 that had been co-designed by Alfredo Ferrari, however they were both DOHC all-alloy engines with a 65º V-angle.

Both the Fiat Dino Spider and Coupe were powered by the same 2.0 liter Ferrari-designed V6 producing 158 bhp and 120 lb ft of torque, with a relatively high (for the era) redline of 8,000 rpm – thanks in no small part to those double overhead cams. 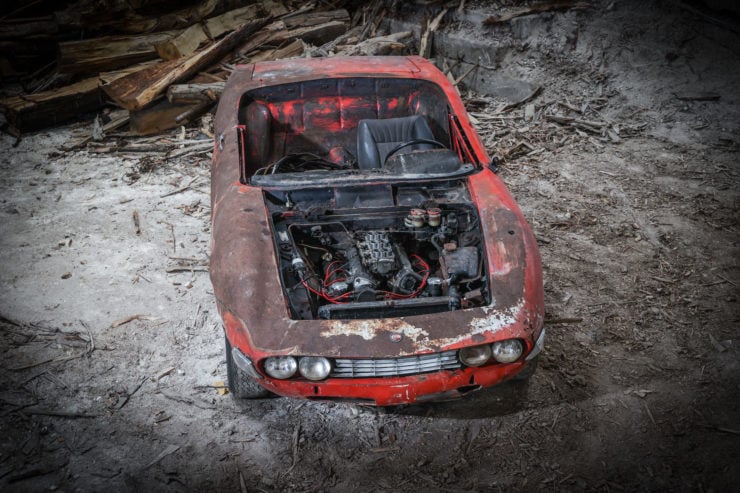 Even in its current dilapidated state the beautiful design work by Filippo Sapino at Pininfarina shines through.

Power was sent to the rear wheels via a 5-speed manual transmission, and the car rode on independent front suspension with a live axle on leaf springs in the rear.

Though not cheap the Fiat Dinos were vastly less expensive than any Ferrari, and they offered many Italians access to that prestigious Ferrari engine experience for the first time.

Later Dinos would get bigger engines, updated suspension, and other changes, but many purists prefer the simpler experience of the original 2.0 liter cars.

The car you see here is a first generation 1968 Fiat Dino Spider, this means it’s fitted with the 2.0 liter V6 that was used in both the original Fiat Dino variants and the Ferrari Dino 206 GT. 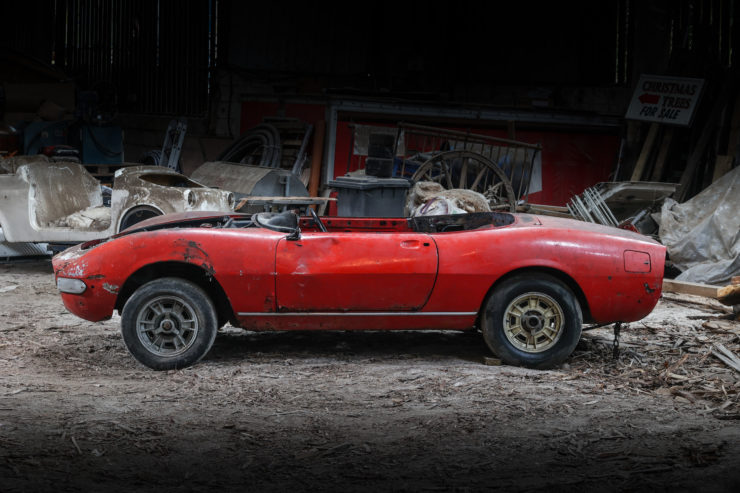 In its day, the Fiat Dino offered the taste of Ferrari ownership to many who could never afford a fully fledged prancing horse, and it remains a popular classic as a result.

Technically the Ferrari Dino 206 GT didn’t officially have the Ferrari name or badging applied to it, Dino was intended solely as a new marque by Ferrari to compete with the likes of the Porsche 911. Many still refer to these cars as the “Ferrari Dino” to distinguish it from the Fiat Dinos.

With its beautiful styling, sports car handling, and Ferrari engine, the Fiat Dino Spider was an incredibly desirable car at the time of its release – arguably one of the most longed-for European roadsters in its price range.

The example you see here has obviously seen better days, it’s spent many years sitting in a barn but the good news is that it still has its matching-numbers engine, and the Dino specialists at 24 Hundred of Kent believe that the car has never been welded before – potentially making it an excellent restoration candidate.

This Dino Spider is now due to roll across the auction block with Historics Auctioneers on the 21st of May with no reserve. If you’d like to read more about it or register to bid you can visit the listing here. 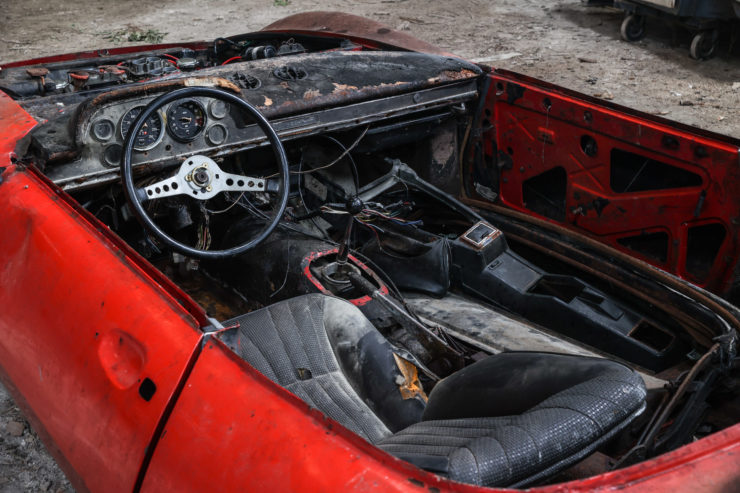 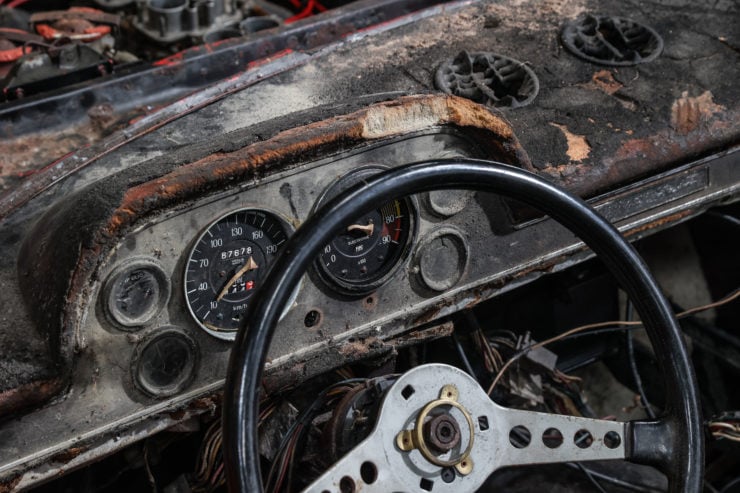 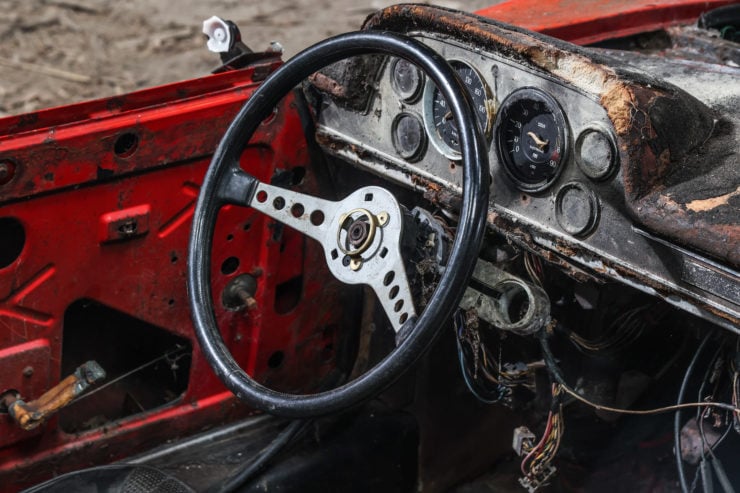 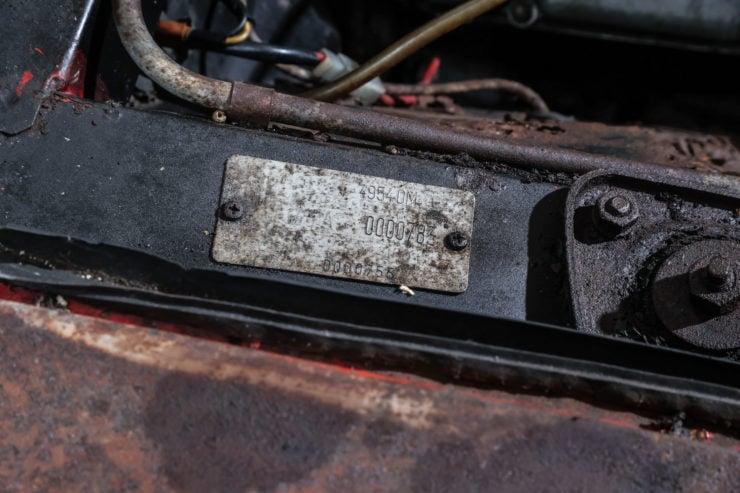 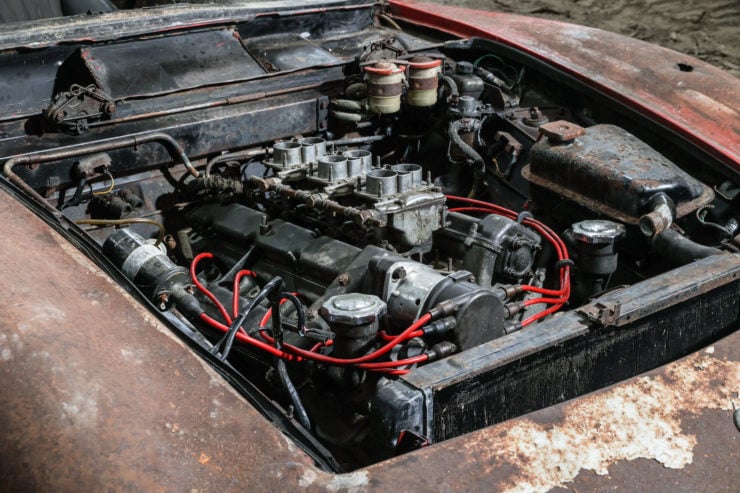 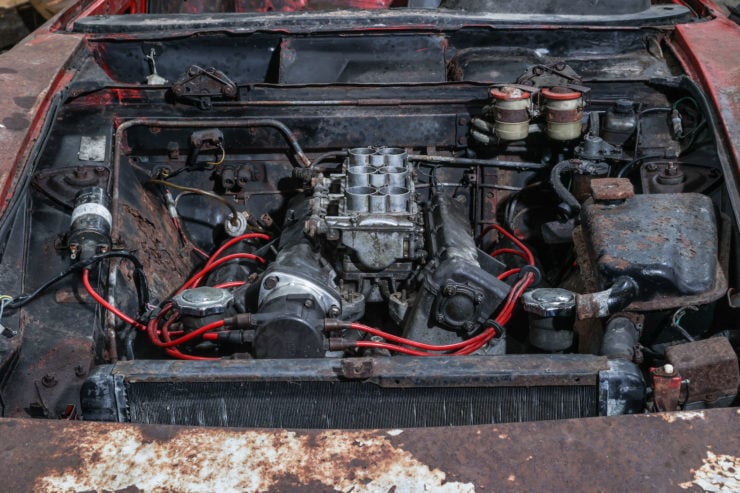 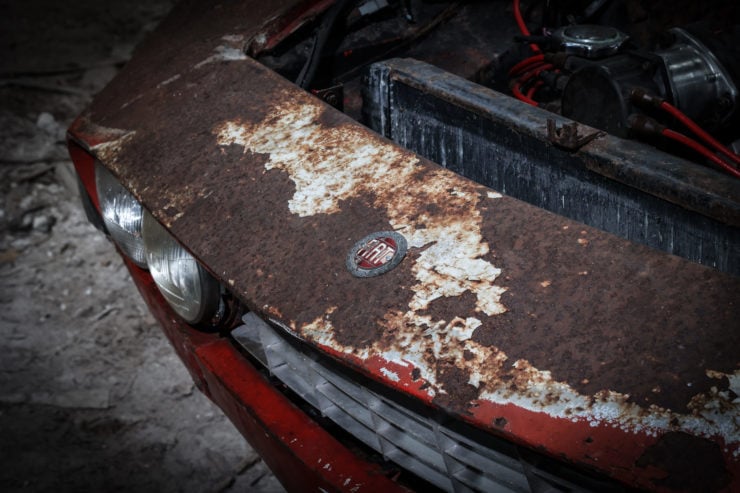 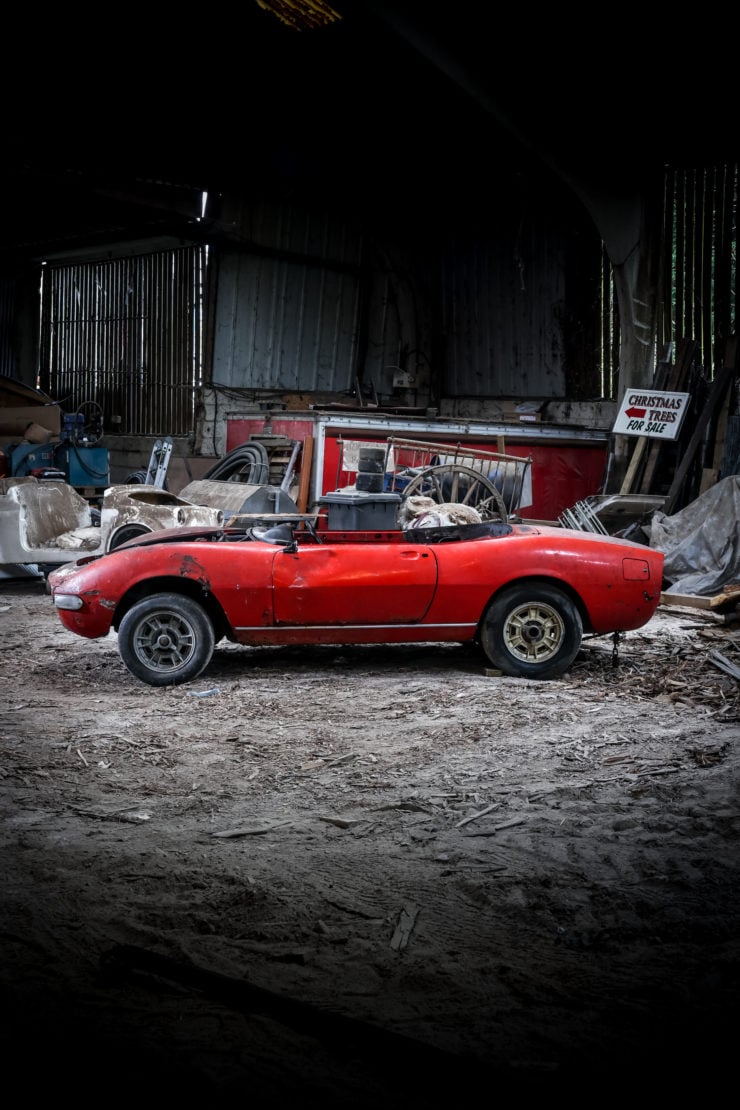 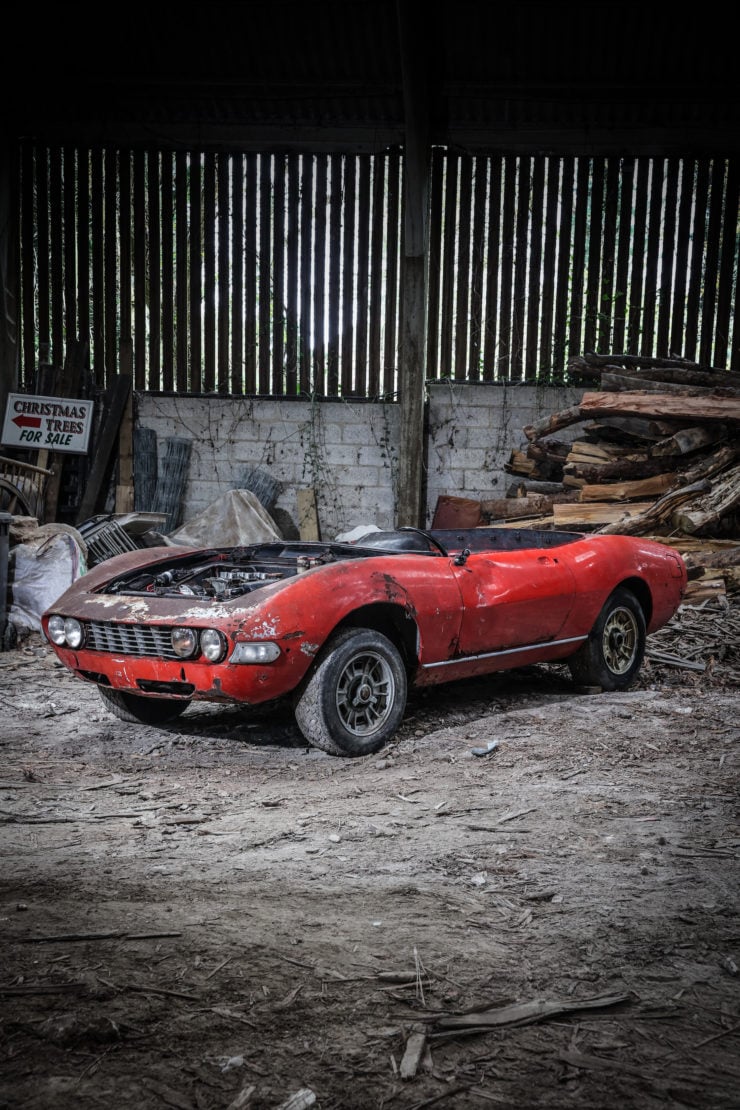 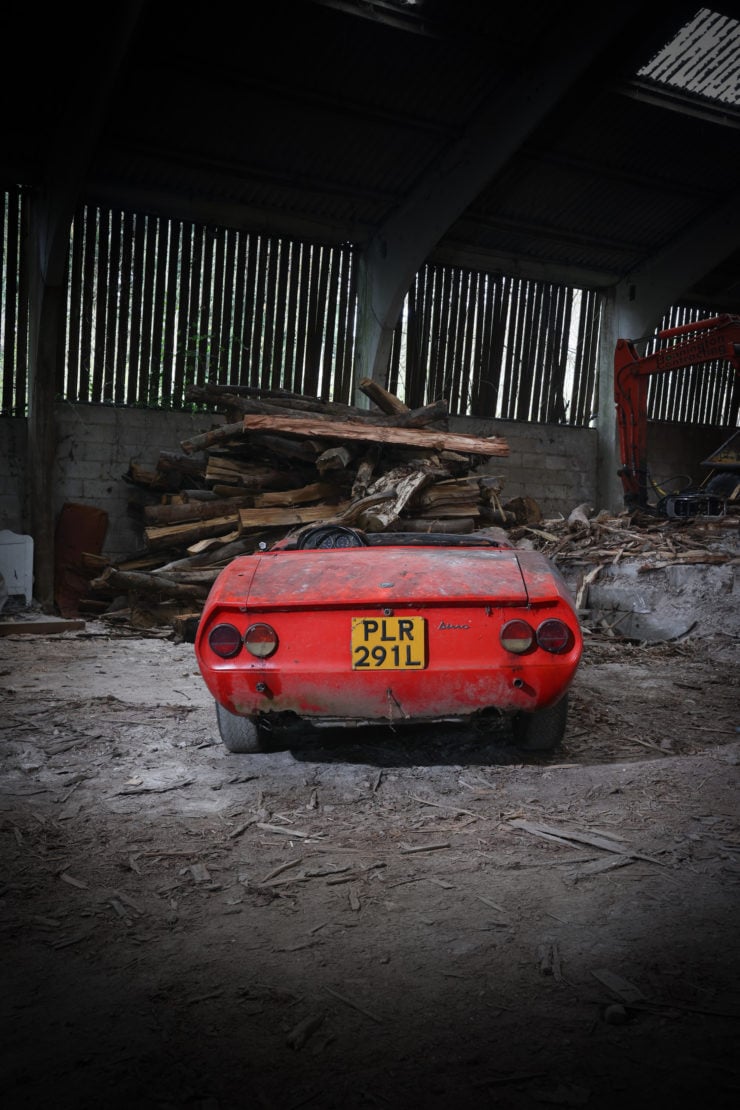 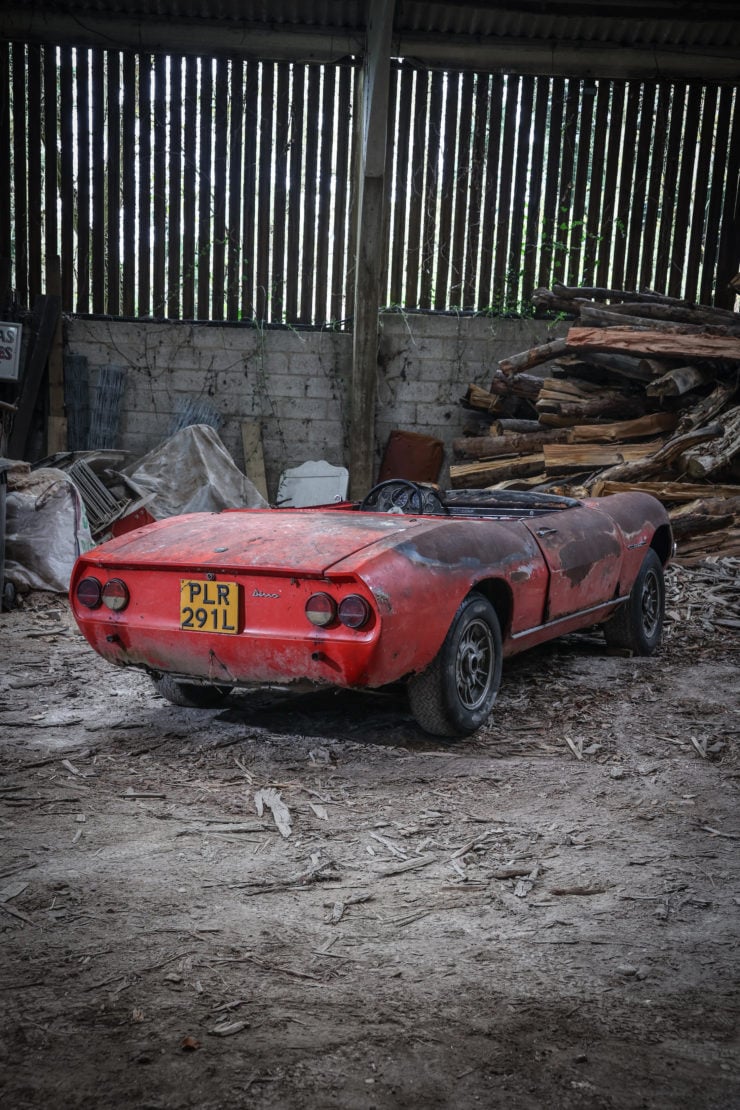 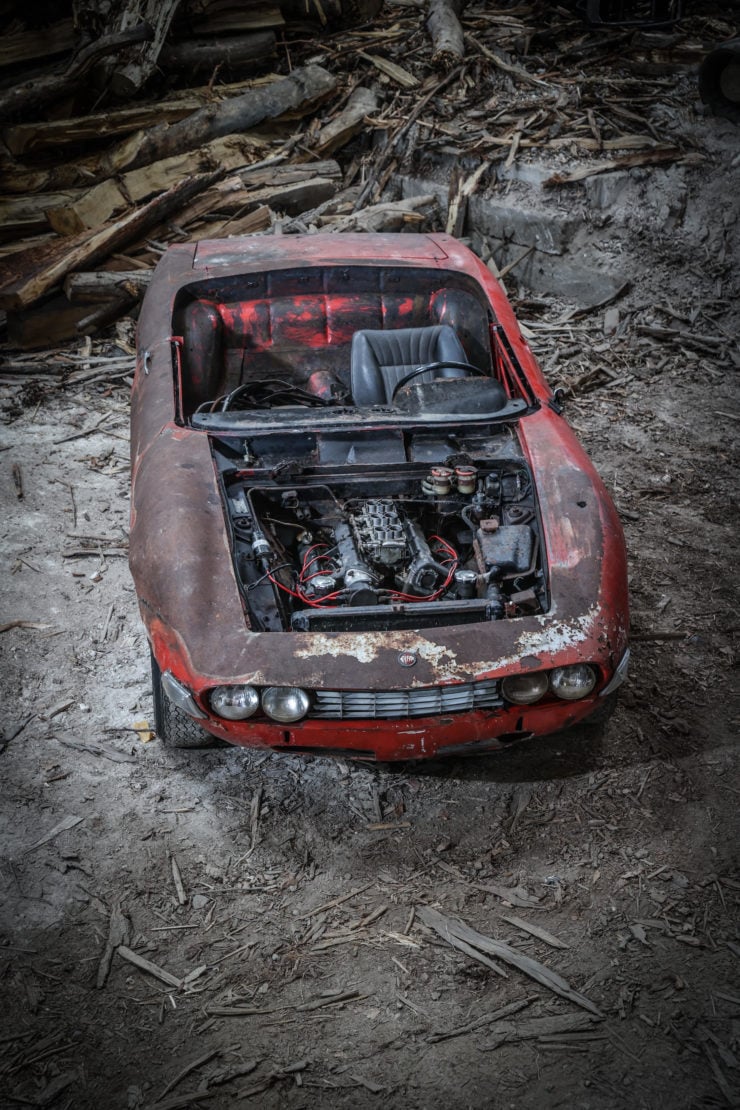 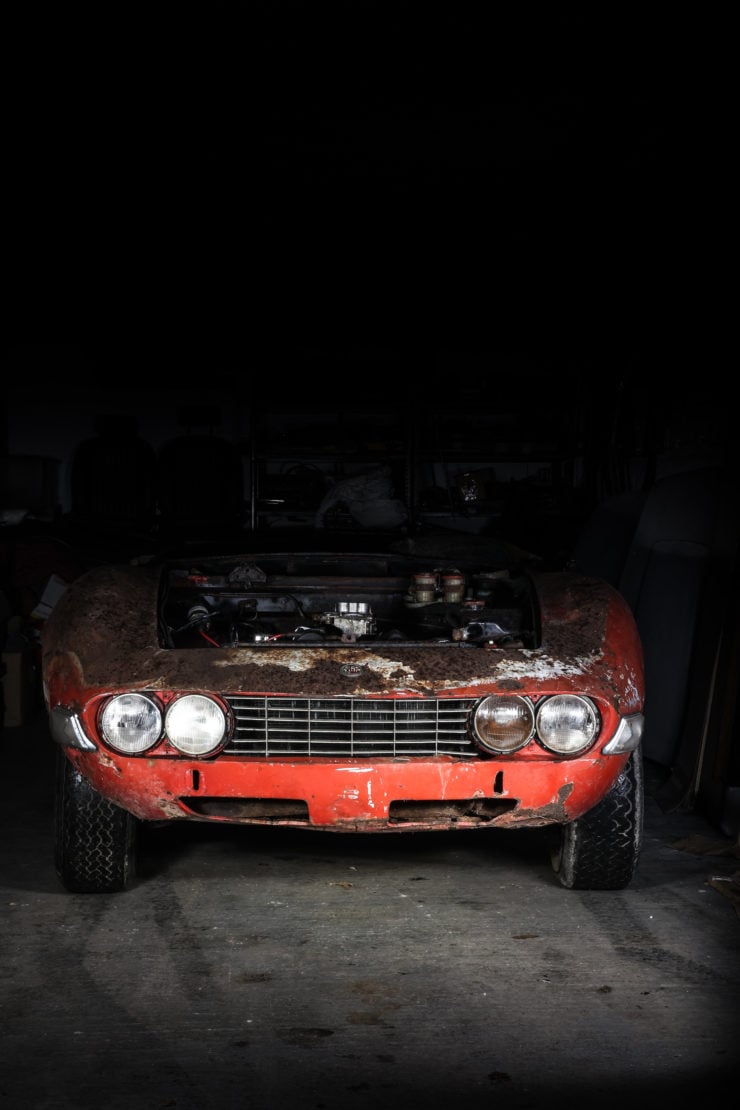 Sat May 21 , 2022
This story is component of Plugged In, CNET’s hub for all items EV and the foreseeable future of electrified mobility. From car opinions to beneficial hints and the most recent business information, we have got you protected. Electrical vehicles are frequently ordered since of their environmental added benefits, but if […] 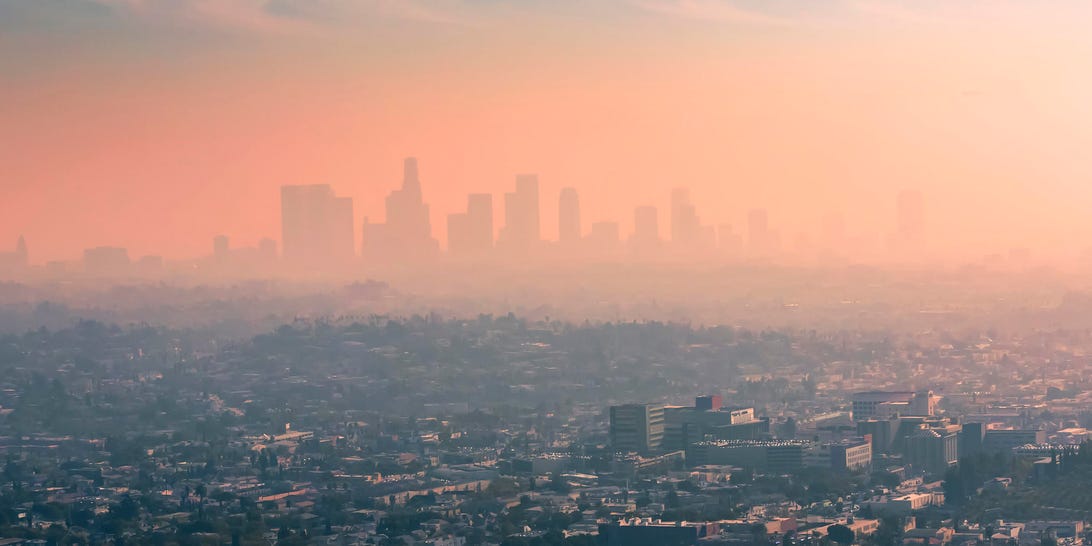